Many people think that losing a tooth is no big deal. Maybe a tooth gets knocked out during a game of rugby or other contact sport. Maybe the dentist has to extract a tooth that has become infected or so badly decayed that it cannot be saved.

Particularly if that tooth was a molar at the back or side of the mouth, the gap it has left is not so visible during every day communications, so people decide not to replace it. They mistakenly believe that because the gap is not on show, it is not going to affect their appearance.

But the truth is that over time, the bone where that tooth used to be will lose it density. This means that the jawbone will shrink, and start to look thinner in the face. As well as that, the gums in the gap start to recede, possibly causing other teeth nearby to become looser. 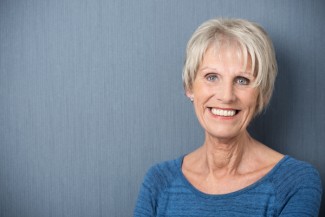 The other thing that people do not realise is that teeth are not fixed permanently into place in the jaw. They can, and do, move around. So, if there is a gap in the jawbone from a lost tooth, the neighbouring teeth will start to tip into the gap.

All of these consequences from one missing tooth affect how the face looks. They make it look older than it actually is.The loss of the tooth root and the resultant bone loss are the main reason why removable dentures become loose over time.

At Hertford Dental Implants, we have a team of skilled implant dentists to solve these problems. It is the missing tooth root that causes the problems, and dental implants in Hertford are the only permanent way to replace missing natural teeth and the all-important tooth roots.

You can avoid these problems by choosing to have dental implants in Hertford. Our Hertford dental implant dentist recommends replacing lost teeth as soon as possible, preferably as soon as they come out. Doing so stops the onset of bone loss and the health and position of any remaining teeth is also maintained.

Our dentists can insert dental implants in Hertford to replace one, a few, several or even all of your teeth.